The Mazeed App is a project that Softaware was eager to work on. It was the third quarter of 2022 when we first began development, and we were thrilled to have the opportunity to collaborate with another software company on this project.

As the lead front-end developers, we at Softaware were responsible for creating the app itself, while the other company focused on developing the back-end. It was a unique project for us, as we had never worked on anything quite like it before, and we were eager to take on the challenge and help bring the Mazeed App to life.

Our team at Softaware was dedicated and ready to work hard to ensure the success of the project.

Starting a business or initiating a project can be a daunting task, especially for young people who may not have access to significant amounts of capital. This problem is particularly acute in Somaliland, where a recent survey found that 72% of young people cited lack of capital as a major barrier to starting their own businesses or initiatives. In addition, a report by the International Youth Foundation found that only 18% of young people in the region are employed, compared to a global average of 72%.

This indicates a pressing need for more opportunities for young people to create businesses and generate employment for themselves and others.

Furthermore, the World Bank estimates that poverty in Somaliland affects more than 50% of the population, with young people being disproportionately impacted. This highlights the importance of providing opportunities for young people to lift themselves out of poverty and create a more prosperous future for themselves and their communities.

In an effort to address these issues, the Mazeed App was developed as a revolutionary platform to help young people in Somaliland raise funds for their own projects.

The app aims to provide 365 unique opportunities each year for young people to lift themselves out of poverty, create businesses, and generate employment.

By offering a platform for young people to pitch their ideas and receive support from their community, the Mazeed App aims to foster a dynamic and self-reliant society, in which young people can take control of their own destinies and create positive change in their communities.

But the benefits of the Mazeed App go beyond just economic empowerment. A recent study found that 92% of young people who participated in crowdfunding campaigns reported an increase in self-confidence and a sense of accomplishment. This highlights the potential of the Mazeed App to not only provide financial support for young people's projects, but also to boost their confidence and sense of accomplishment.

In addition, the Mazeed App has the potential to foster a more engaged and proactive citizenry. By providing a platform for young people to pitch their ideas and receive support from their community, the app encourages active participation and collaboration among citizens. This can lead to a more cohesive and proactive society, in which individuals are motivated to work together to create positive change and solve problems.

One of the key benefits of the Mazeed App is its accessibility to all members of the community. The app will be available for download on both iOS and Android devices, making it easily accessible to a wide range of users. Additionally, the app will be available in multiple languages to ensure that it can be used by people from diverse linguistic backgrounds.

Ultimately, the Mazeed App has the potential to make a significant impact on the lives of young people in Somaliland. By providing a platform for fundraising and community engagement, the app can help young people overcome the challenges of starting their own businesses or initiatives and create a brighter future for themselves and their communities. We are excited to see the impact that the Mazeed App will have and look forward to supporting the development of a more prosperous and self-reliant society in Somaliland.

After Solving The Problem

Please describe your company and your position there.

I am a co-founder and CTO of a tech startup founded at the beginning of 2022.

For what projects/services did your company hire Softaware Ltd., and what were your goals?

We needed someone to create a high-quality mobile application for our end users to access our services.

How did you select this vendor and what were the deciding factors?

We looked for software development companies and short-listed them to three. Among those three candidates, we selected Softaware team to develop our application after having a short online meeting with the team.

Describe the scope of work in detail, including the project steps, key deliverables, and technologies used.

How many resources from the vendor's team worked with you, and what were their positions?

We worked with a mobile application developer and a team manager. Both contributed to the success of the project.

Can you share any measurable outcomes of the project or general feedback about the deliverables?

The project is still in a very early phase, and we don't have measurable outcomes yet. The general feedback that we got from our early testers was very positive.

Communication was done right and appropriate tools were used. This was the key to our successful collaboration.

What did you find most impressive or unique about Softaware company?

The talent and skills of the development team were very impressive.

Are there any areas for improvement or something Softaware should have done differently?

At Softaware, we are committed to delivering top-quality projects to our clients, and the Mazeed App was no exception. In order to ensure the success of this project, we carefully planned and divided it into two main milestones. The first milestone focused on creating visually appealing screens for the app and refining its overall design, while the second milestone centered on establishing API connectivity, implementing push notifications, and making various optimizations to improve the app's performance.

We are proud to say that we were able to complete both milestones according to plan, with minimal obstacles or setbacks along the way.

Our team of skilled developers worked tirelessly to ensure that the Mazeed App met all of our clients' expectations and surpassed them. With our careful planning and dedication to excellence, we were able to deliver a highly successful project that we are proud to have been a part of.

The development of the Mazeed App required the use of several advanced tools and technologies to ensure that the end result was a fast, reliable, and user-friendly app that surpassed our clients' expectations. Expo and React Native played particularly important roles in this process, as they allowed us to streamline the development process and create a cross-platform app with a native-like user experience.

Expo is a powerful tool that allows developers to create cross-platform applications using just one codebase. It is a favorite among many developers because it streamlines the development process and makes it easier to create applications that can be used on multiple platforms. In addition to being convenient, Expo also allows developers to take advantage of the new architecture of React Native, which results in faster, more efficient apps.

React Native is a popular framework for building mobile applications that is widely used by developers around the world. It allows developers to create native-like apps for both Android and iOS using a single codebase, which saves time and effort compared to developing separate apps for each platform. One of the key benefits of React Native is its ability to provide a native-like user experience while still allowing developers to use familiar web technologies like JavaScript and CSS. This makes it a great choice for developers who want to create high-quality mobile apps without having to learn a new programming language.

Overall, Expo and React Native were key technologies that contributed to the success of the Mazeed App project.

These tools allowed us to streamline the development process and create a fast, reliable, and user-friendly app that met all of our clients' expectations and surpassed them.

We are proud to have been a part of this project and grateful for the opportunity to use these innovative technologies to create something truly special.

As a leading database management system, Microsoft SQL Server is widely used in a variety of industries and applications. It is known for its powerful capabilities and high level of reliability, making it an excellent choice for developers who need a dependable database solution. In the development of the Mazeed App, we utilized SQL Server a database solution.

The API, which was developed by our partner software company, proved to be a valuable resource in the development process. The SQL Server is particularly well-suited for use in mobile applications like the Mazeed App, as it is capable of handling a wide range of complex operations with ease.

The server-side of the Mazeed App included features such as:

The push notification subscription was a major aspect of the app because we needed to notify every user about new campaigns, winner announcements, etc. We managed to achieve that optimally using the Firebase Cloud Messaging platform. It allows the developers to subscribe a unique user token to a particular message topic. Then when we send a message to that topic, every user subscribed to it would receive the message as a push notification on their device in real-time!

For the UI, we decided to use NativeBase. As we progressed further in the development, we noticed that on some devices the elements had weird sizing and artifacts. After looong and tiresome debugging, we found that the problem was NativeBase and its outdated screen scaling methods. Thankfully we didn't build all the screens at that point, so we easily managed to ditch the library and write our components (which, by the way, were more flexible and beautiful ✨).

Therefore, we ultimately abandoned NativeBase for the UI due to issues with element sizing and artifacts on some devices, and instead wrote our own more flexible and aesthetically pleasing components.

We chose to use lotties for the animated assets because they offer optimal performance, seamless transitions at 60 frames per second, and are compact in size.

Of course not. We will be sharing more case studies for the projects we have developed in the future. If you enjoyed reading about this project and feel that we made a positive impression on you, we encourage you to consider hiring us for your next project. We are ready and prepared to tackle your project needs! 💪 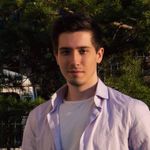 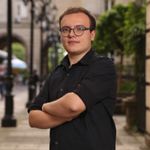